The pictures show the step by step progress of a mixed media painting.

The background created on 8 x 12" chipboard. The inital colours were stream, Aqua & Citrus. This was stamped firstly with a text background in white acrylic, then with bubbles in Lumiere Blue Gold & seaweed in metallic blue & emerald.  Then I dabbed on some Cobalt Turquoise, Paynes Grey & Titan Buff with a tissue.  Paynes Grey was also dripped over the background.  I sketched the mermaid onto the background in graphite, then painted over the image with gesso 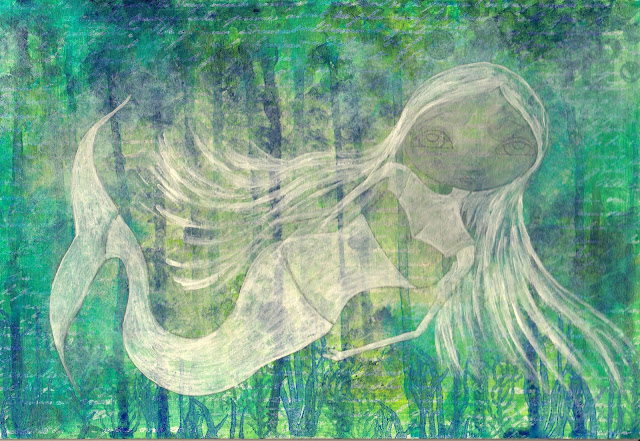 My inital idea was to paint straight onto the background, but I found that the white text stamped earlier was coming through onto the mermaid's face, so I retraced the mermaid onto cartridge paper and cut out her face and torso to collage onto the background.  Her face, arms and other flesh areas were coloured using Prisma pencils and blended with a mixture of Titan Buff and White glazes.  Hair was added in acrylic paint in Paynes Grey and Titanium White.  Her tail was painted with Paynes Grey. 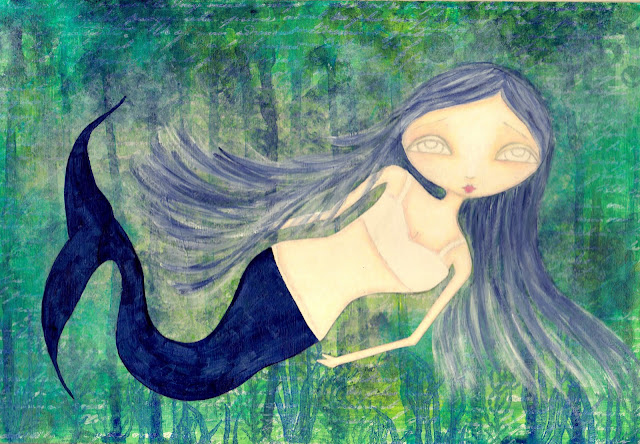 Her tail got a second coat of Paynes Grey and her top was painted to match.  I then mixed some Lumiere paint in Indigo with some glass bead gel and applied this sparingly on the tail and all over the top.  Once dry, the beads were highlighted with some Lumiere Blue Gold.  More white and Paynes Grey were sponged onto the background, and hair refined with the same colours, plus the addition of some Lumiere Blue Gold to add highlights.  Later glitter glue was also added to the hair in Patina.  Glitter glue ws also added into the background, along with more bead gel and some gold leaf.  Her eyes were coloured initally with colour soft in green and blue, then over this I added a glaze made with Lumiere Blue gold, and later a little sparkle using a clear Stardust pen.  The sea horse was stamped in Archival Cobalt, outlined with a blue Stardust pen which was watered down with a paint brush.  Some Titan Buff was added and also some Lumiere Blue Gold.  He was then cut out and collaged onto the painting and has some of the same coloured bead gel that appears on the mermaids tail.
Pearls were painted using Lumiere Pearl Paint to make the mermaids necklace and the strand of pearls she is holding.  Pearl paint was also splattered into her hair and over the top half of the painting.  As a final touch, a 3mm Swarovski crystal was added to her belly button, and her lips were painted in Quinacrindone Red. 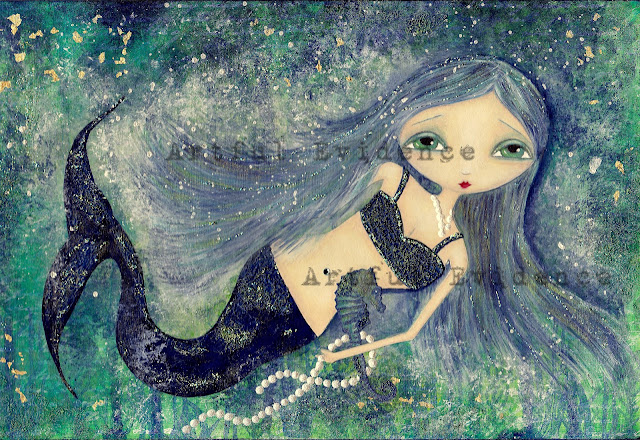 The scan doesn't really show the shimmer of the paints or glitter, so here a a few close ups I took too: 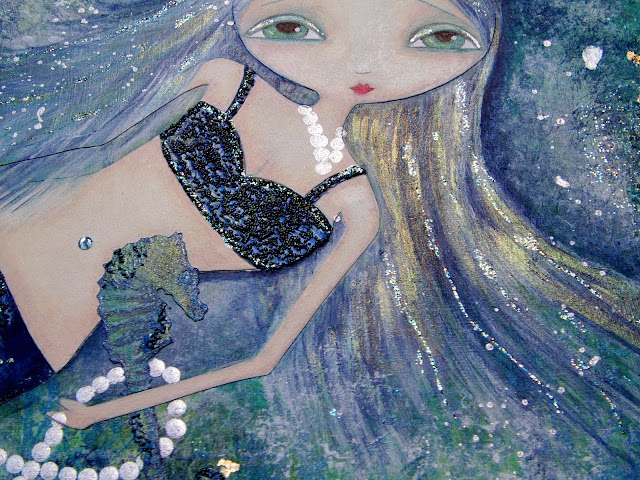 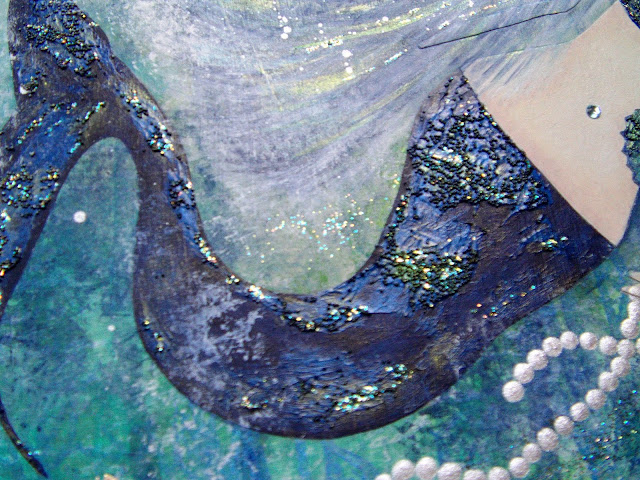 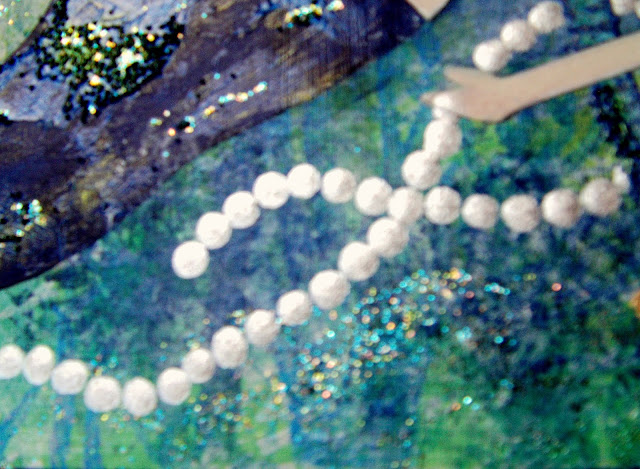 Welcome to my blog. I'm happy to share my ideas and techniques with anyone who wishes to view them. However, please be respectful of my art and if you copy it, please do so for personal use only. Thanks :-)

Other Places To find Me: